This is the second part in a four part NaughtyBots series about the #commoncore Project: How Social Media is Changing the Politics of Education.

The #commoncore Project is about the use of Twitter in the ongoing debate about the Common Core. The project focus was on Twitter, tweeters, and tweets. There are people who don’t use Twitter who are very involved. I am one of those. While I am not exactly an Analog Man or a technotard, I am what I consider a Twittertard. Like many other advocates, by choice, I do not use Twitter.

Even though I am a Twittertard, I have some idea how Twitter works and understand its importance and that of other social media in getting the message out. I have heard comments from others that the people who did this project don’t have a clue about how Twitter works. I wouldn’t go so far as to say that myself, but have no problem saying others have said it.

Here is one example of how Twitter has been used in the Common Core debate. This use falls outside that examined by the project undertakers. In September 2014, Jenni White, a 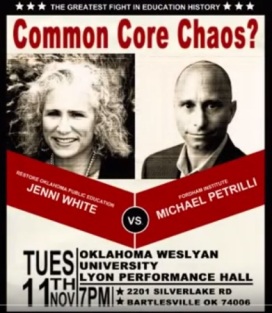 mom and president of Restore Oklahoma Public Education, heard Fordham Institute’s Michael Petrilli make a comment she didn’t agree with. She used Twitter to challenge him to a debate. He accepted the challenge and a live debate was held. Michael appeared to have done his homework in preparation, but in my eyes, Jenni was the clear victor, stealing the show with grace and style. There was a human element behind the challenging tweet that led to a great in-person respectful debate about the Common Core. Is that same human element involved in the Twitter debate or is it just a robotic element?

Is PJNET misportrayed in the project report? Is PJNET a bot or naught? Is it a robo-tweeter? Oh, robo-tweeter doesn’t seem to be defined. Mark Prasek heads up PJNET and on page 32 of the project’s pdf report it says:

Prasek’s robo-tweeter is an apparatus that can be granted unlimited access to a Twitter user’s account by its owner. By signing up as a member of #PJNET “Team,” Twitter users allow the Patriot Journalist Network to tweet from their accounts at regulated or random intervals even when they are not online.

Wow! Unlimited access to a Twitter user’s account. Really? Is this for real or is this information the result of fake research? It is stated as fact. Is this a false fact as opposed to a true fact? I can’t imagine granting some apparatus unlimited access to any of my 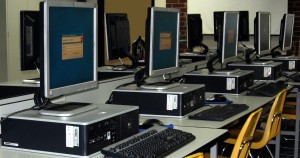 online accounts. If Twitter users really grant unlimited access, I am glad I plan to remain a Twittertard. I could be wrong, but I find no evidence this apparatus is being given unlimited access to anyone’s account. It may be given access, but only to the extent of following the user’s specific directions, which seems impossible to be unlimited. Of course, I could be wrong after all, there have been many months my child has tried to exceed the allotted unlimited texts available. I guess we all have our limits or unlimits.

PJNET coordinates or hosts live hashtag rallies. I must admit, I have participated in a 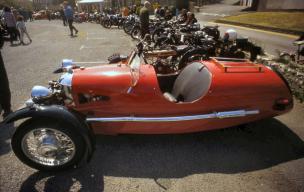 variety of rallies but never a hashtag rally. I do get the concept. It is hard to say with certainty, but I think the Stop Common Core Twitter rallies would take place whether PJNET existed or not. There was a #StopCommonCore rally in May 2013 that did not involve PJNET and fell outside the time frame the project undertakers examined.

I am told by a number of naught bot or naught bought real people that #StopHR5 was a major hashtag used by Common Core opponents and people have questioned why it was not included in this project. By the hashtag it doesn’t appear to address the Common Core. It didn’t take much searching to find evidence that it did address the Common Core big time. The project report gives no indication it considered #StopHR5. It was possibly overlooked as the project undertakers gave some attention to #ccss for the Caja Costarricense de Seguro Social in Costa Rica.

So, what does this PJNET robo-tweeting apparatus do? Simply put, real people use it to schedule tweets. Twitter users, not the apparatus, create tweets that become featured 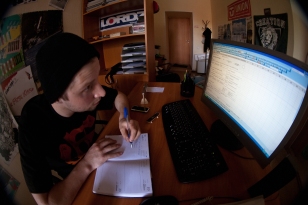 tweets that people can select and schedule to have tweeted. Sounds to me like a featured tweet scheduler. PJNET does nothing but follow the instructions of human users. A person has individually selected every tweet that goes out. If a person wants twenty tweets to go out, they have to select twenty tweets one at time. There is no select all feature and nothing is selected by default. It doesn’t appear anything is done anonymously or by robots. The success of rallies working with PJNET is a result of the human element involved in a fascinating grassroots effort.

The project report and some articles seem to portray PJNET’s system as being a sinister Twitterbot with undertones that its use is morally and ethically askew. How different is selecting and scheduling tweets from,

say, setting the timer on your lawn sprinkler system or a blogger scheduling when a post will be released or setting your alarm? Using PJNET, each individual has to write or select the tweets they want to send and then schedule when they are to be sent. A blog author has to write an article and schedule when it will be posted. Neither is done by a robot or bot, naughty or naught. 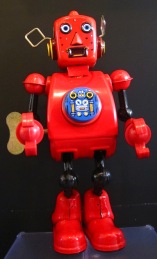 Anyone who wants to “tour” PJNET’s facilities can do so by video. These videos are available to the public and I have been given indication they were provided to at least one of the project undertakers. Both videos are of short duration and may help you determine in your mind if this PJNET apparatus is being portrayed accurately, or naught, in the project report and related articles.

Welcome to cyberspace, I’m lost in the fog
Everything’s digital I’m still analog
When something goes wrong
I don’t have a clue
Some ten year old smart a** has to show me what to do
Sign on with high speed you don’t have to wait
Sit there for days and vegetate
I access my email, read all my spam, I’m an analog man.

What’s wrong with vinyl, I think it sounds great
L-Ps, forty-fives, seventy-eights but that’s just the way I am
I’m an analog man

The whole world’s glued to the cable TV
It looks so real on the big L-C-D
Murder and violence are rated P-G, too bad for the children
They are what they see

Yeah I’m an analog man in a digital world